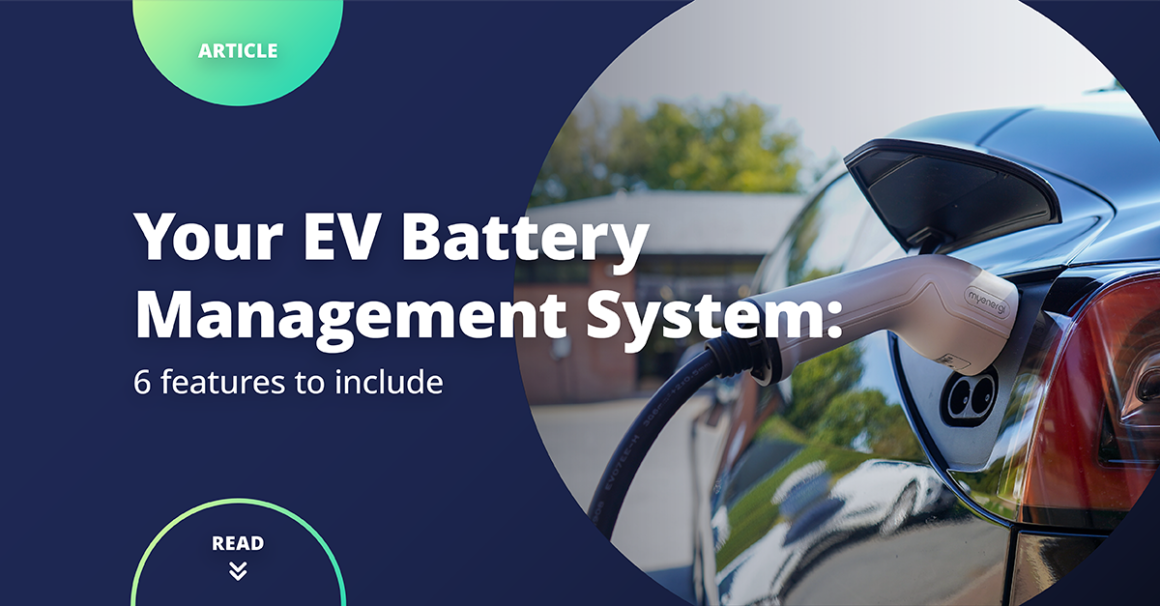 What is a battery? The word battery means a number of similar items, devices, or articles connected together, or related to each other. A series of tests is called a battery of tests, and several artillery pieces working together are called a battery of guns.

An electric vehicle battery pack is actually hundreds (or thousands) of individual cells wired together in banks of series and parallel connections. This allows them to coordinate to produce the level of current and voltage required to operate a vehicle.

They cannot do this simply by hooking them together. There are many variables that must be managed such as charge, discharge, temperature, cooling, balancing, status, and supplying power to external objects such as the electrical grid, or as an emergency backup for a home that loses power.

What is a battery management system for electric vehicles?

All cells are not the same; no matter how well they are manufactured, cells can vary in their ability to hold a specific voltage or current level. If they diverge by more than a couple of percentage points, they are removed from a group and used with others that are more similar. This makes all the electric vehicle battery packs as long-lived as possible with current manufacturing techniques. 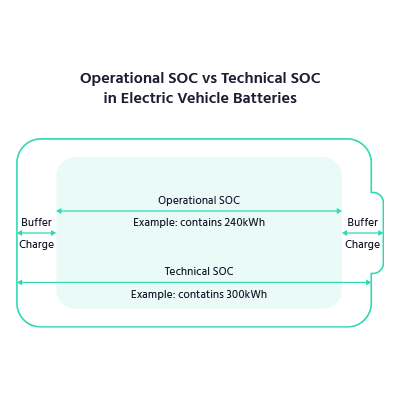 Manufacturer’s reserve about 20% capacity so the battery is never fully charged or discharged because this extends the battery’s operational lifetime. It doesn’t matter what the actual voltage is as long as it is within the engineering limits. The most important thing is that they are all nearly identical to make sure it isn’t too difficult to balance and charge.

How does a battery management system work?

Ideally, the Battery Management System (BMS) negotiates with each cell to manage how much power it receives and how much it delivers to the overall system. Without the BMS, slightly lower capacity cells will be overcharged and fail sooner; and higher capacity cells will never be fully charged, limiting the usefulness and lifetime of the battery, as well as the electric vehicle charging time. Below are the most important aspects of the BMS.

As the battery provides electricity it loses some of that energy as heat during the conversion of chemically stored energy into electricity. Changing electricity back into chemically stored energy also radiates heat during the conversion. Any electric vehicle smart charging or discharging causes heat generation. Heating even occurs during regenerative braking which helps recover energy for the battery.

Thermal management generally takes two forms, air cooling and liquid cooling. Liquid cooling is very efficient, and air cooling (alone) is usually less desirable because it is dependent on convection of the air surrounding the battery. 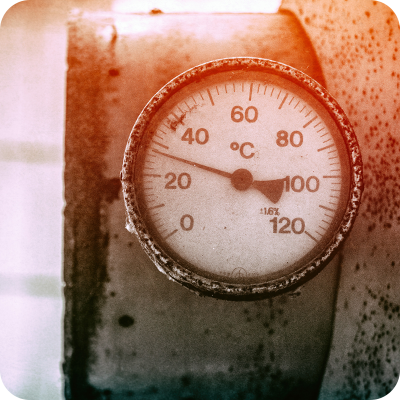 Liquid cooling can be managed with a small circuit pump whereas air cooling requires ducting and lots of fans. Chemically speaking, the specific heat capacity of water and an identical volume of air show that water can hold approximately 3,300 times more heat than air because it’s nearly 800 times as dense.

More sophisticated cars will preheat the battery to 32℃ (90℉) if you let it know that you are headed for a charge point. Batteries charge much more efficiently at a higher temperature, speeding up the process and saving you money. EV batteries work best between -5℃ and 45℃ (23℉ and 113℉).

SoH is a measure of how much energy is available from the fully charged battery compared to its stated nominal capacity when new. It tells you the capacity of your “fuel” tank, so to speak, like an ICE (Internal Combustion Engine) car powered by petrochemicals.

Generally speaking, when a battery’s capacity has decreased to the 70-80% range, it’s as if you can only fill a fuel tank ¾ full. At that point the recommendation is to replace the battery.

This generally occurs after 2,000 charge cycles with a traditional Lithium Ion Cobalt battery. For comparison, 2,000 weeks is 38 years and 2,000 days is 5½ years, so it will vary with how often you need to charge it.

Eventually, that retired battery can become part of a home backup power system and work well for many years, but it can also be recycled where most of the materials can be recovered and turned into new batteries again. See which makes the most sense when it reaches the end of its usefulness as a car battery.

There is concern that some manipulative individuals might attempt to alter the SoH reading so, in response, the Mobility Open Blockchain Initiative, or MOBI standard has been released. Blockchains are beyond the scope of this article, so suffice to say that it is an immutable record system that cannot be altered or forged. SoH data should be completely reliable, making purchasing decisions easy for second hand buyers of EVs.

Range varies depending on whether you use the heating, air conditioning, and lighting system, along with other options. The number you’ll see is called the Operational SoC. As mentioned earlier, there is always power in your battery beyond the 0% or 100% mark, but it is restricted by manufacturers to increase the lifespan of the battery pack. It is usually in the range of 20% of the total capacity.

Some manufacturers allow you to access the BMS for this “emergency power” (say, to drive off the highway if you’re in a live lane when it quits…) There is often a built-in penalty for using this extra power which directly affects your battery warranty. There are usually a fixed number of times you can use it before there are consequences.

Together the BMS and the various ECUs (Electronic Control Units) in the vehicle cooperate to keep everything running smoothly. They deliver the required power to the motors, utilities, and accessories.

The BMS system can draw power from the batteries with the most capacity, first. During regenerative braking it can primarily charge the cells with the lowest capacity, depending on the sophistication of the system.

The BMS talks to the AC (onboard) charger, sometimes directly, sometimes by the CAN Bus architecture, to manage how much energy goes to each cell during each phase of the recharge cycle. In the DC charging mode, it can communicate directly with the external DC charger to manage the current for the most efficient and economical energy delivery, while protecting the cells from overheating or overcharging.

Now that we’ve discussed this aspect of electric vehicle smart charging, it leads to our next subject, charge balancing.

This aspect has confounded the experts for a while. The technology is definitely improving, and starting with properly matched cells when assembling battery packs is making the job easier.

It is difficult to reliably monitor hundreds (or thousands) of cells on a continuous basis. Making sure that lower capacity cells aren’t overcharging is vital to the longevity of the battery. Assuring that the higher capacity cells get their full charge provides maximum range to the customer. It’s literally a balancing act where the BMS keeps the battery in optimum health.

If you live in an area that experiences grid power outages on a regular basis you could get a Tesla “Power Wall” system, but if you have an EV, why bother? Your vehicle has a massively powerful battery in it already. Many EV manufacturers are now looking at V2X (vehicle to “X” or “anything” that needs power) letting you power your home for several hours from your car battery in an emergency. Keep that freezer or fridge running and don’t waste food, or keep the air conditioner running in the baby’s room!

Utilities with “time of use billing” are now looking at letting you charge on the cheap rate, too, and then sending that power back to the utility at the higher rate when they need it. This is called Vehicle to Grid (V2G). It saves them the cost of extending their infrastructure, and it gives you a chance to profit from your electric vehicle charging time, offsetting the cost of your vehicle. 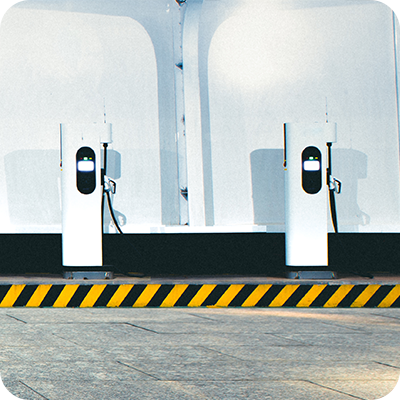 Your car can act as a supplement to the local power grid, acting as their auxiliary storage to handle surge demands. It’s up to you to say what level to keep in your vehicle for your own needs, and then sell any extra power back to the utility if you don’t need it and they do.

If you use green energy (from solar panels or wind), that can charge your car, and you have more energy than you need, you can sell it to the utility. That lets you subsidize your generating equipment, too, using the large capacity of the car’s battery pack.

The BMS is probably the most important system in your EV. Nearly every aspect of your electric vehicle smart charging would be worse off without it. Thermal Management prevents damage; State of Health tells you how your battery is doing in terms of long term survival; State of Charge lets you know how far you can go with the A/C on, or with it off.

Bidirectional Charging & Communication combined with Charge Balancing work together to make sure your EV battery has a long and productive lifetime. V2G and V2X provide the opportunity to earn money, support a greener economy, have a powerful reserve for emergencies, and the confidence that you are making a measurable difference in the state of the world. 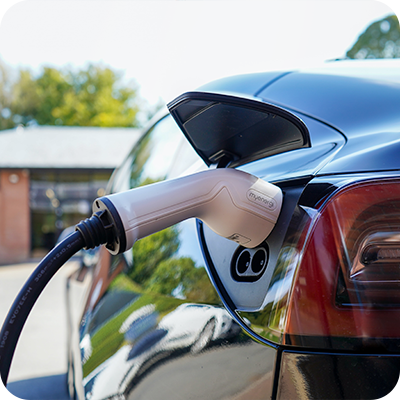 ICE cars are going the way of the Dodo bird, the Passenger Pigeon, and the Dinosaurs. It is to everyone’s benefit if we get away from the older technology as soon as possible. In those jurisdictions with monetary grants, or tax breaks, you should take advantage of them before they end. Or you can wait…and lose those bonuses. But no one wants to pay full price!

How to scale the EV charging ecosystem to meet the demand

How to design an excellent experience for EV car owners

How to offer a frictionless EV charging experience

How to effectively handle billing & payments for EV stations